This is the relationship Bugs decided he wants with Squirt-Bottle.  Needless to say, he and Bean do not see eye-to-eye on this one.  Never mind.  One step at a time. 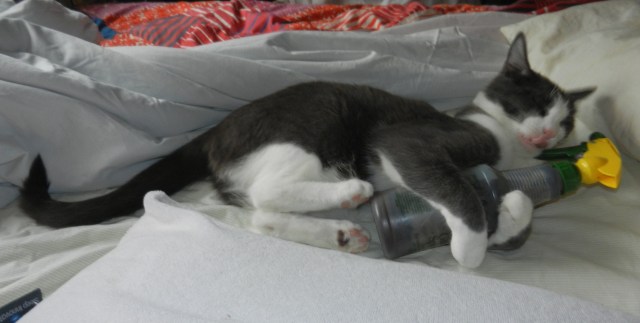 Do not be distracted by the Nose-Weapon of Pink.  Look at how wide I can get my Jaws! 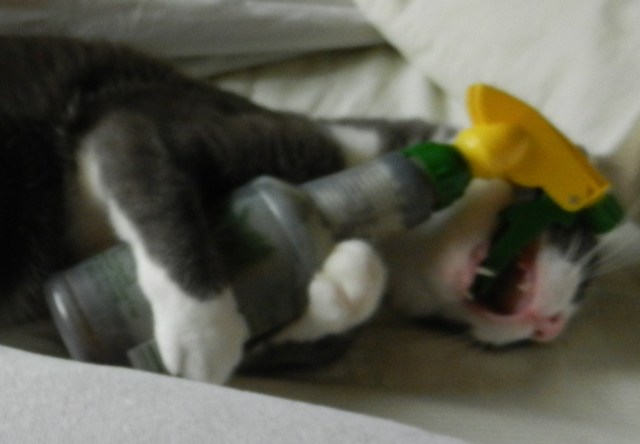 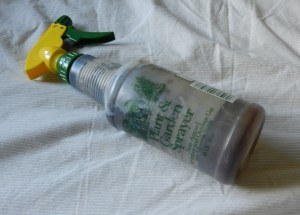 At least that’s what Bugs thinks.  Bean promises devoutly that Squirt Bottle shall riseth up and be resurrected unto life — to live, to fight, another day.

Anita loves cats. This must be because she, too, has had nine lives. She’s been dancing since she could walk, she was a commercial artist and advertising producer, she earned a third-degree black belt in Aikido, she is a drummer with the Afrique Aya Dance Company, she is an attorney, and she’s a meditator and a devoted student of Nonviolent Communication. She also spent one lifetime sidelined with a devastating back injury in 1992. Since then – FELDENKRAIS METHOD® to the rescue. The FELDENKRAIS METHOD is all about dreaming concretely – thinking intelligently and independently by way of a gracious and kind physicality. The work affords all who study it a process by which to reach, with movement, into the mind and the heart, to make nine lives into one whole being.
View all posts by nadbugs →
This entry was posted in Pictures, Things Cats, Humans Do and tagged cats, jaws, squirt bottle. Bookmark the permalink.