Bugs is amazed to hear that humans may actually understand something important after all.  Fang is, like, whatever. 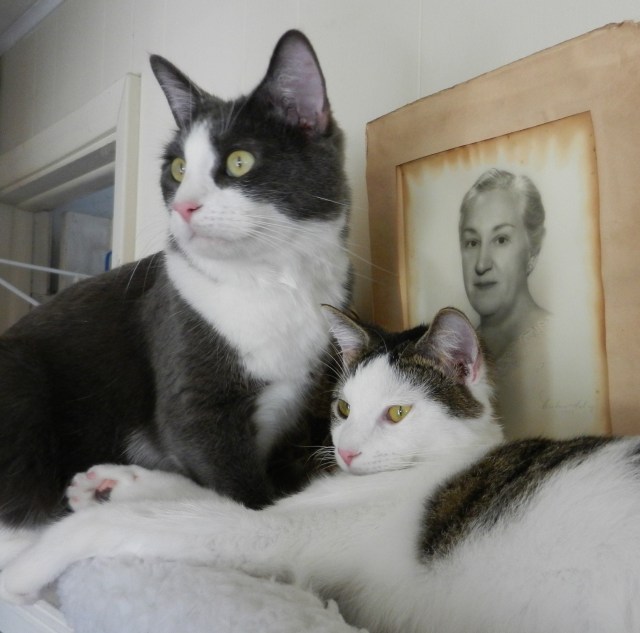 (Bean’s grandmother never had any doubts on that score.)

Devote eleven minutes to this wonderfully fun and informative video, about what left-brain-right-brain might really mean.  Bean’s been down for many days – but she’s not out yet.

This is Proof Of Life!

Anita loves cats. This must be because she, too, has had nine lives. She’s been dancing since she could walk, she was a commercial artist and advertising producer, she earned a third-degree black belt in Aikido, she is a drummer with the Afrique Aya Dance Company, she is an attorney, and she’s a meditator and a devoted student of Nonviolent Communication. She also spent one lifetime sidelined with a devastating back injury in 1992. Since then – FELDENKRAIS METHOD® to the rescue. The FELDENKRAIS METHOD is all about dreaming concretely – thinking intelligently and independently by way of a gracious and kind physicality. The work affords all who study it a process by which to reach, with movement, into the mind and the heart, to make nine lives into one whole being.
View all posts by nadbugs →
This entry was posted in Empathy, Feldenkrais, Philosophy-Psychology and tagged brain, brain science, cats, Feldenkrais Method, Iain McGilchrist, Lateralization of brain function, right-brain left-brain. Bookmark the permalink.