Now that Fang really looks like he’s on his way to recovery — now that Bugs’s vomiting appears to have resolved itself into hairball difficulties that, paws crossed, have been solved with brushing and the usual OTC remedies — now that my computer and financial woes have been eased by friend-benefactors (“friends” seems like an understated way to put this, I’d rather say “angels”) — and a few droplets of paying work have found their way back to me at last can I hear a halleluyah —

It’s time to talk weather.  What else, really?

Well, hang on.  “What else” might be a cat picture.  Here’s Fang, better.  You know what?  With this homeopathic treatment, even his breath smells better!  I simply canNOT tell you how happy I am about that. 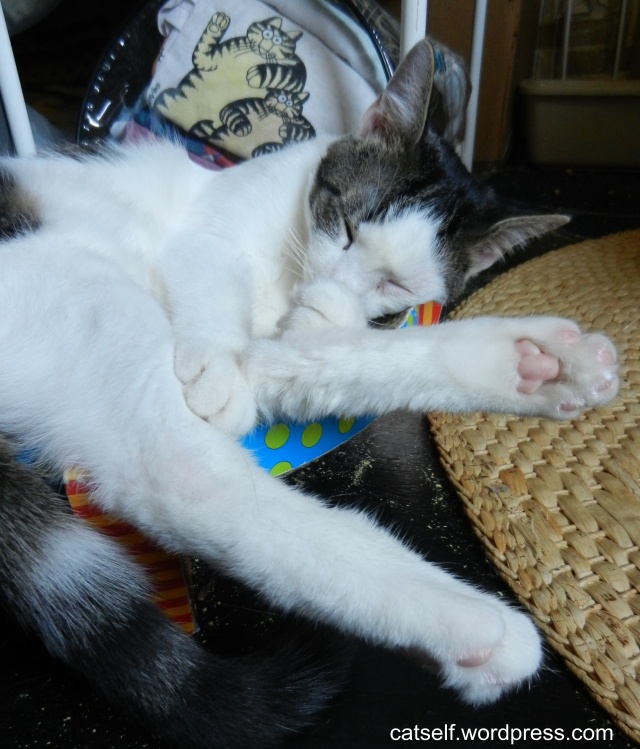 Consider:  At the end of the growing season last year, ranchers who usually had 700 rolls of hay put up for the winter of 2011-12, had only 120.  And that was after the winter of 2010-11, where we had two incredible record-breaking snowfalls.  Here’s what the second, bigger snowfall looked like — people were calling this one “Snowpocalypse.”  In case you’re wondering?  This is a chair in front of my house.

People — this is Arkansas.  You know where that is?  It’s in the southern United States.  This is not supposed to happen!  Read the full posts about it here.  In case you’re wondering?  This is my car, somewhere under there. 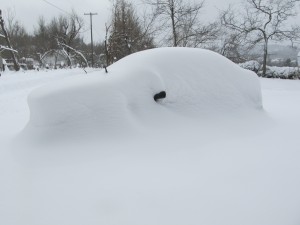 And then later that spring, we had historic floods.  Here’s a light-hearted post about at life on the farm right after one immense deluge — but it was not so funny, really.  See here for the darker side.

And then after that — nothing.  I do mean nothing.  We had zero snow this past winter.  Zero.  Nada.  And this spring?  Not much.  One week of rain in March (the week my brother was visiting, wouldn’t you just know it) — and since then?  Zero.  Nada.  Now, after many weeks of temperatures in the upper ’90’s and 100’s f., no rain in the foreseeable forecast.

So now — in this July season of 2012, for the first time in the fifteen years I’ve lived here, I got a robocall the other evening saying there’s a burn-ban on, and there will be no fireworks permitted.

Really?  A Fourth of July with no fireworks?

I’m that happy about it — peace and quiet, so the cats’s pants don’t get scared off — except I’m not as happy about it as all that, really.  I’d rather the reason not be that the place is like a tinderbox, just waiting to go up in flames.  Like Colorado, for instance.  So scary.

So — an antidote to the scariness seems called-for, in addition to the diversion of snow when it’s 101 f. outside.  Here’s what happened when Fang woke up a little bit and realized I was taking pictures.

And here’s another thing to celebrate:  When Fang offers up his belly like this, now it means rub me.  Not — come here and let me bite and rake your arm mercilessly until it hangs useless in tatters.  Just — let’s be sweet together.  That’s all. 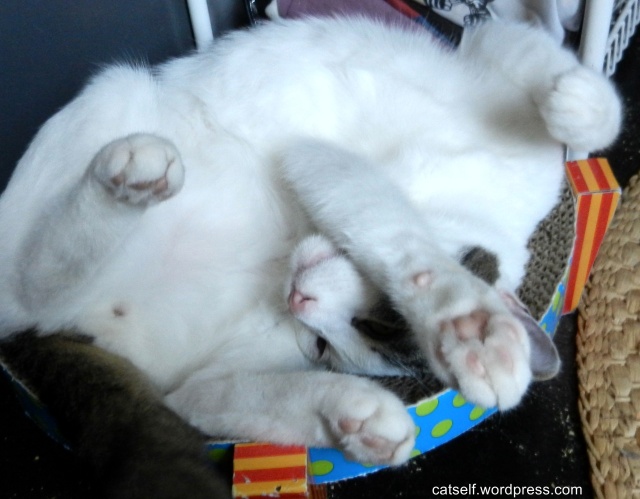 23 Responses to Snow In July