One Candle Only Gains 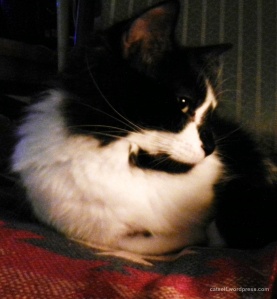 The nights are long, in this season.  Imagine what it was like when there were no electric lights.

Never mind imagine – we don’t have to go far to find a lot of people living it.  I just finished Max Alexander’s Bright Lights No City, about his brother’s new business selling affordable rechargeable batteries to those who live without reliable electricity in Ghana.  At night the schoolchildren struggle to study, without electricity.

When I was a child, we had electricity.  So for us it was a novelty, not a life-thwarting limitation, when we turned off the overheads for Chanukah.

The two candles became three, then four, and the light grew and grew until, on the eighth night, all nine candles blazed forth from the front-room window.

I think of that now as a metaphor, for the wisdom that one candle lighting another loses nothing of itself – it only gains.

There is a principle in Judaism that we, in partnership with the Creator, are here to heal the world’s pain and to light the world’s darkness.  In Hebrew it’s “tikkun olam.”

So let the miracle we wish for in this house, on this seventh night of the Festival of Lights, be that the light may grow, from this season and this place on and on and on, to illuminate the whole world.  May our share only increase, from this little light, this modest warmth. 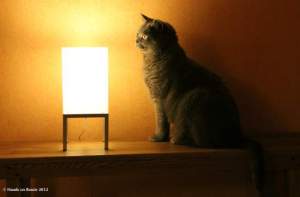 Bowie in Belgium — he knows how. 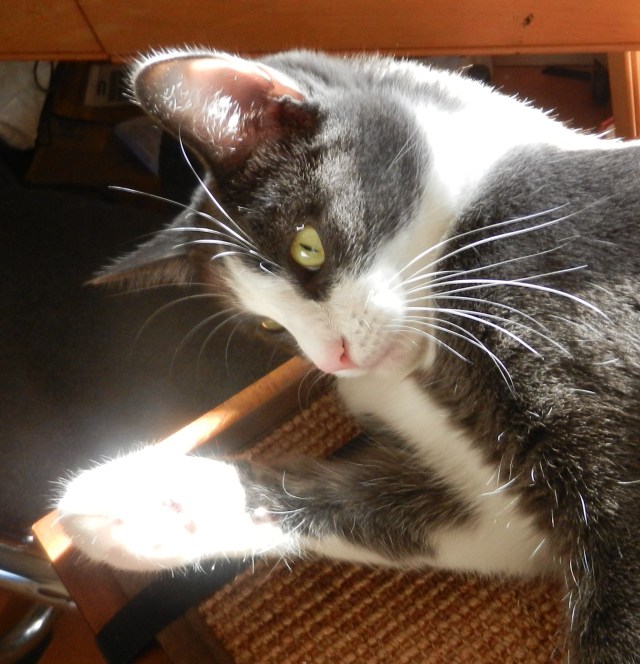 Bugsy in Arkansas — he knows how.

We share this night with Darlene over at PerPETually Speaking, so do please hop on over there now — and we’re handing off the flame, tomorrow, to the last (no! no! say it isn’t so!) Chanukah post: Layla at Cat Wisdom 101.

Anita loves cats. This must be because she, too, has had nine lives. She’s been dancing since she could walk, she was a commercial artist and advertising producer, she earned a third-degree black belt in Aikido, she is a drummer with the Afrique Aya Dance Company, she is an attorney, and she’s a meditator and a devoted student of Nonviolent Communication. She also spent one lifetime sidelined with a devastating back injury in 1992. Since then – FELDENKRAIS METHOD® to the rescue. The FELDENKRAIS METHOD is all about dreaming concretely – thinking intelligently and independently by way of a gracious and kind physicality. The work affords all who study it a process by which to reach, with movement, into the mind and the heart, to make nine lives into one whole being.
View all posts by nadbugs →
This entry was posted in Uncategorized and tagged Arkansas, Belgium, blog-crawl, Bright Lights No City, Chanukah, Ghana, Hands On Bowie, Judaism, Max Alexander, No wisecracks -- we are sincere with this one., tikkun olam. Bookmark the permalink.

17 Responses to One Candle Only Gains