A sunny Caturday.  Barney more back to normal.

At rest, he likes his paws to be pushing up against something.  I like the fur growing back on his leg.  And the sweep and drama of that ear-curl.  Ear “furnishing,” I should say.  Wonder where that spectacular piece of cat-fancy jargon came from?  When I checked the net, the best I could come up with is “crazy ear hair.”  I think I’ll stick with “crazy ear hair.” 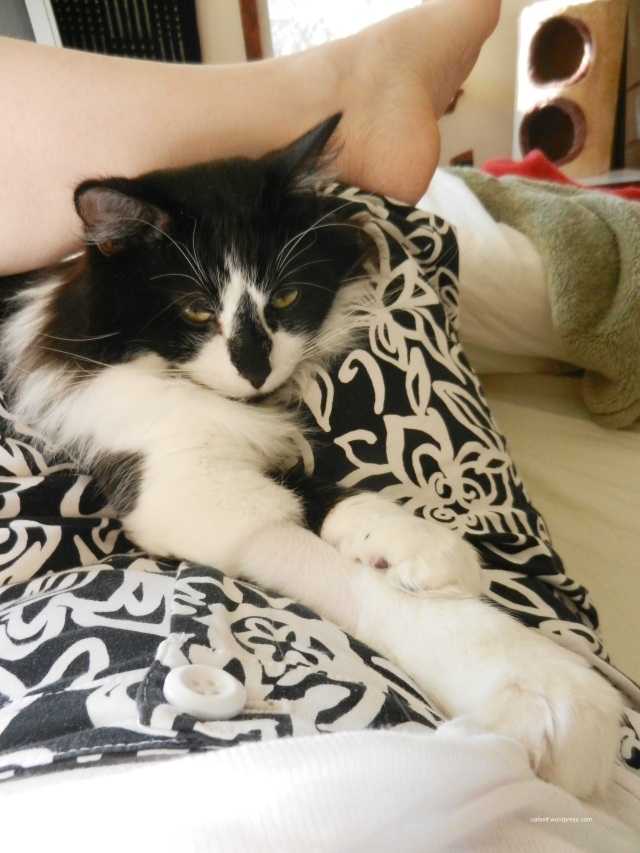 Barney on my belly.  Me on the phone.  With some family-members who actually love each other.  Me included, I do believe.

What could be better.