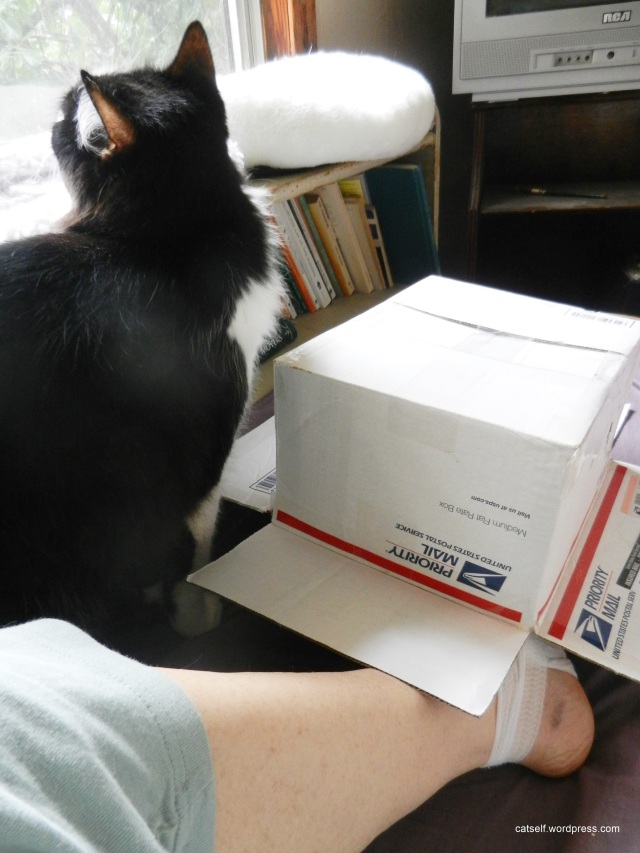 Thanks to the surgery, this is how I’m sleeping these nights. With my bruised and battered foot under a box. Necessity demanded that I invent this solution. My now-screwed-together foot is just wrapped, not in a cast. My blood ran cold picturing what would happen if Bugs, in one of his nocturnal frenzies, leaped onto my uncasted foot. Hence the box.

Good thing, too. Last night Bugs, in one of his nocturnal frenzies, leaped onto, but for the box, what would have been my foot. Thank you, Necessity.

So here is what the new Catio looks like from the inside. 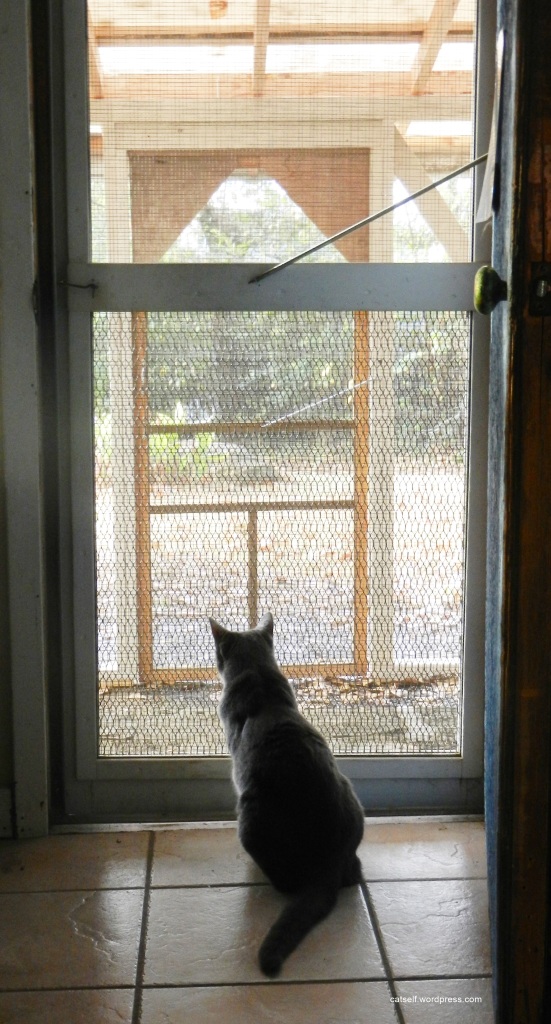 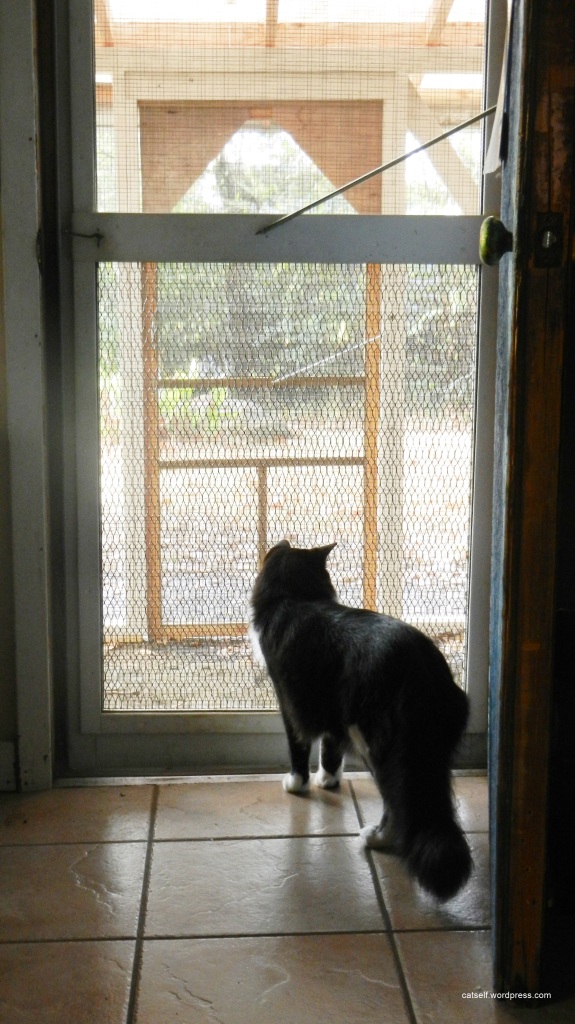 Barney wonders what all the fuss is about. 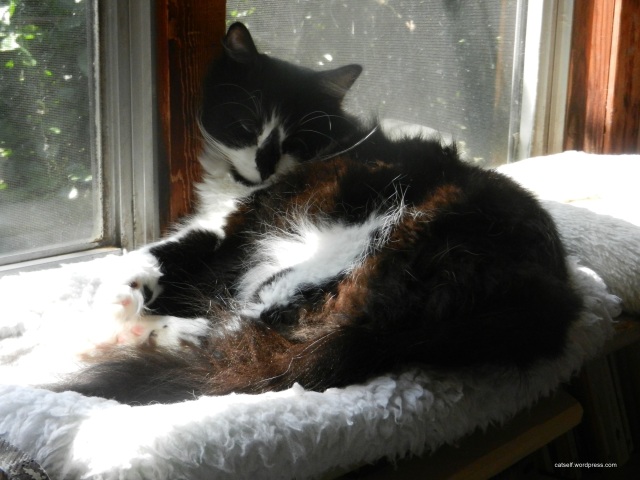 Decides it’s really not all that interesting. 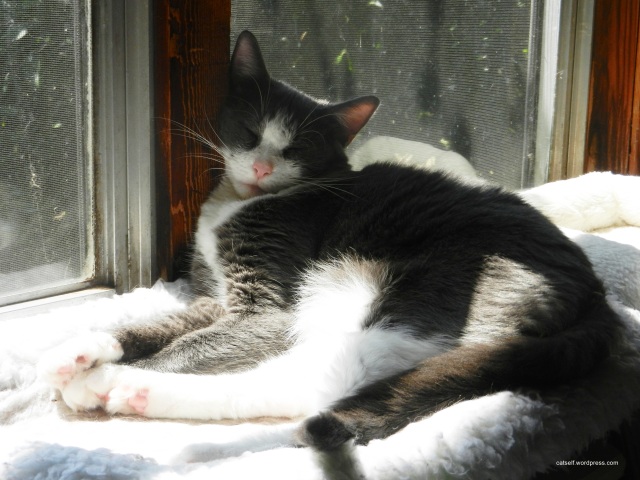 In other wildlife news apart from Mr. Packrat’s recent visit, one night rains caused this: 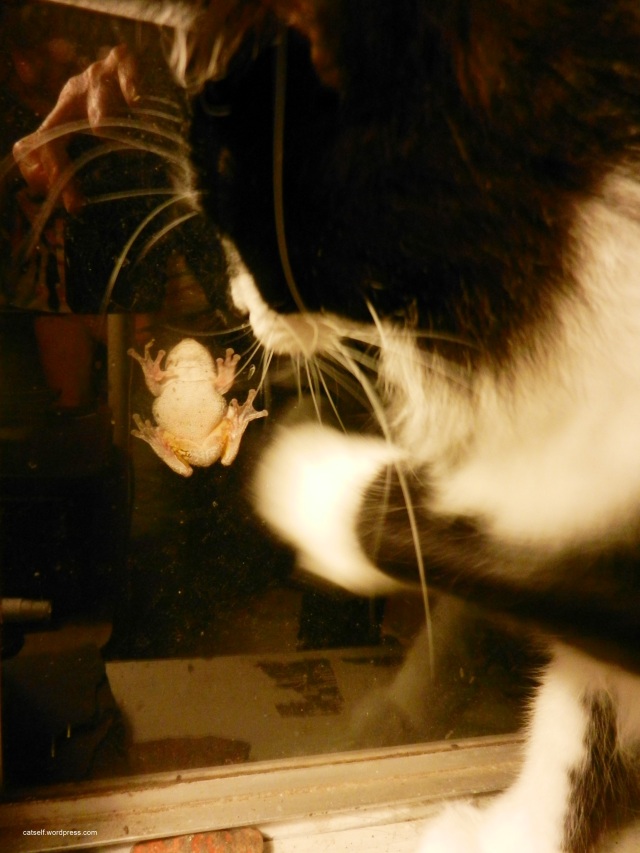 And this is not news, but I am still so proud of this — 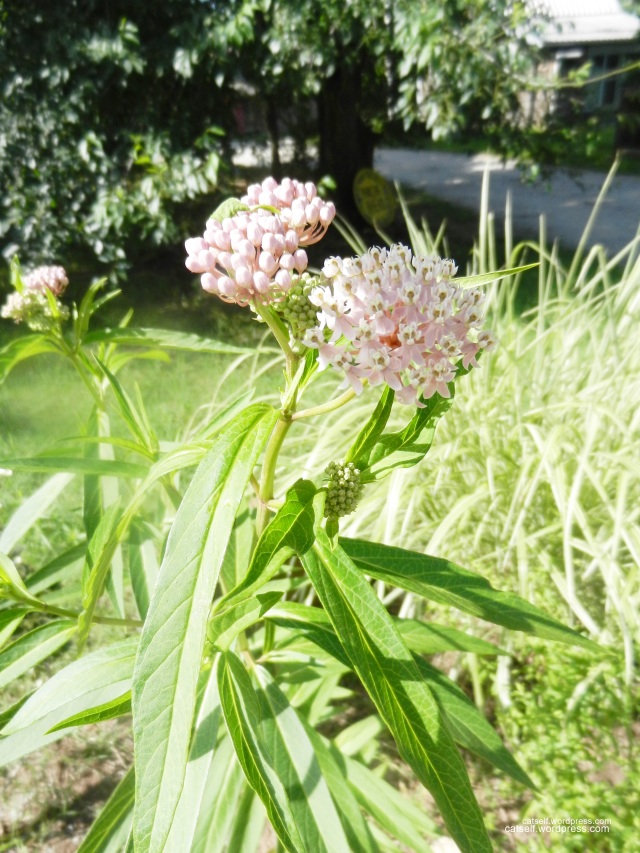 It was like Grand Central Station this summer. I could not believe the numbers of fauna this little flora supported. This is a native species that has been decimated by habitat loss. I really understood the seriousness of the situation, when I noted with amazement the swarms of insects and pollinators who materialized on the property to enjoy these fragrantly generous blossoms.

Including stressed and threatened Monarch butterflies. This is a Monarch caterpillar. 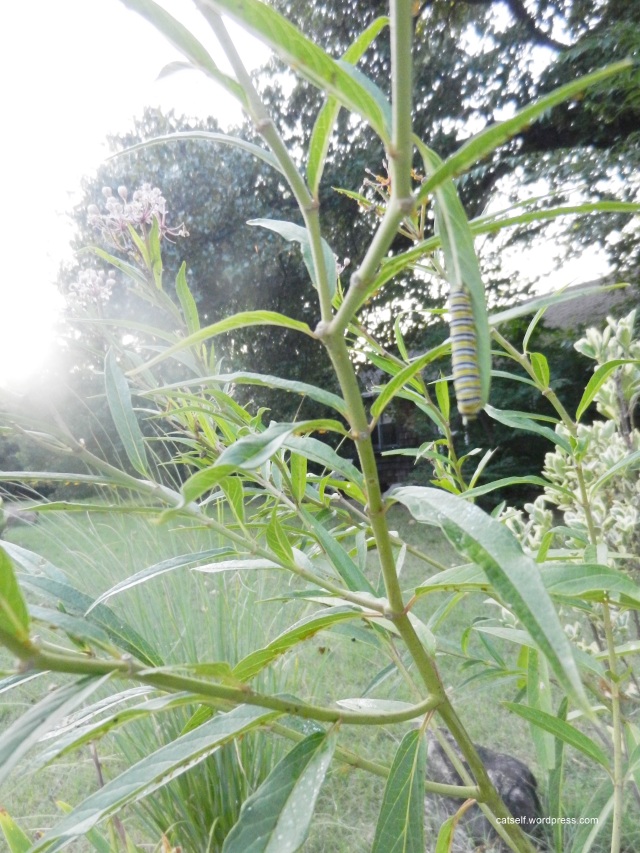 Loss of the milkweed plant is specifically identified as one of the principal threats to these amazing creatures.  At one point I had four or five Monarch caterpillars on the plant. They totally devoured every scrap of leaf and bud. And welcome to it.

But as I said, this is no longer news. It is now cold enough for this: 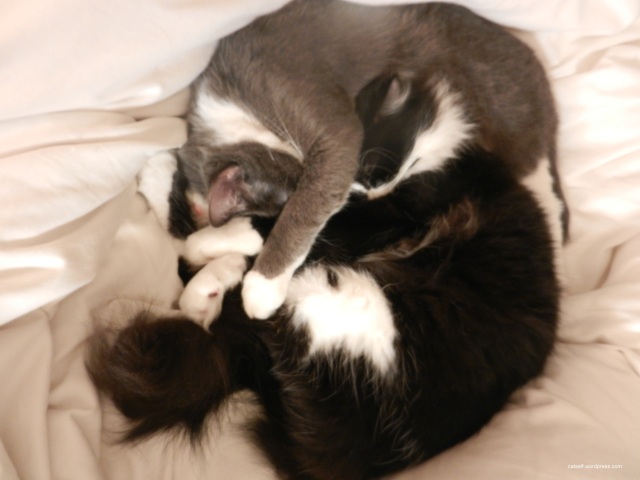 Except when Bugsy does this. 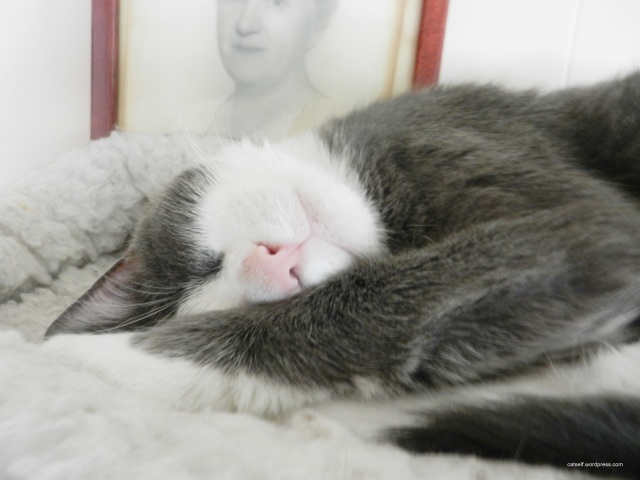 Anita loves cats. This must be because she, too, has had nine lives. She’s been dancing since she could walk, she was a commercial artist and advertising producer, she earned a third-degree black belt in Aikido, she is a drummer with the Afrique Aya Dance Company, she is an attorney, and she’s a meditator and a devoted student of Nonviolent Communication. She also spent one lifetime sidelined with a devastating back injury in 1992. Since then – FELDENKRAIS METHOD® to the rescue. The FELDENKRAIS METHOD is all about dreaming concretely – thinking intelligently and independently by way of a gracious and kind physicality. The work affords all who study it a process by which to reach, with movement, into the mind and the heart, to make nine lives into one whole being.
View all posts by nadbugs →
This entry was posted in Uncategorized and tagged Catio, Fowler's Toad, Lisfranc fracture, Monarch butterfly, swamp milkweed, USPS at your service. Bookmark the permalink.