Inducted into the Ozark Ball Museum

The day for which I have been saving for years finally arrived. It was time to let go of the Giant Furball.

Of course I don’t mean Barney. What do you think I am?

No – it’s this thing. I took this right before I let go of it. 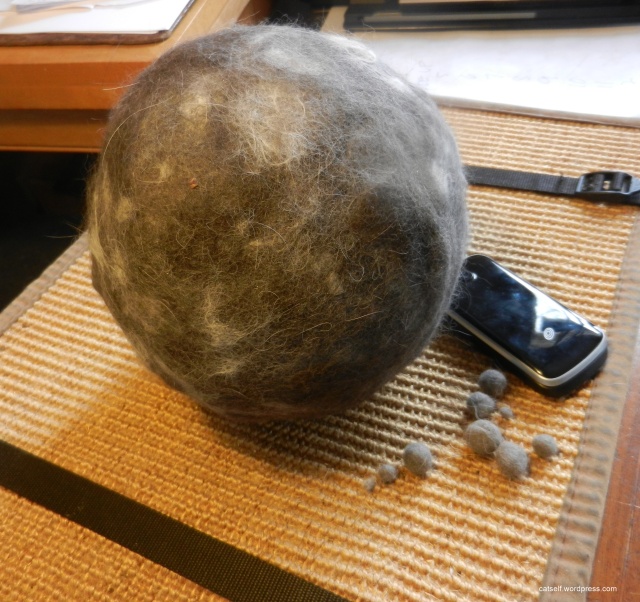 And here is its replacement, born anew the other day. 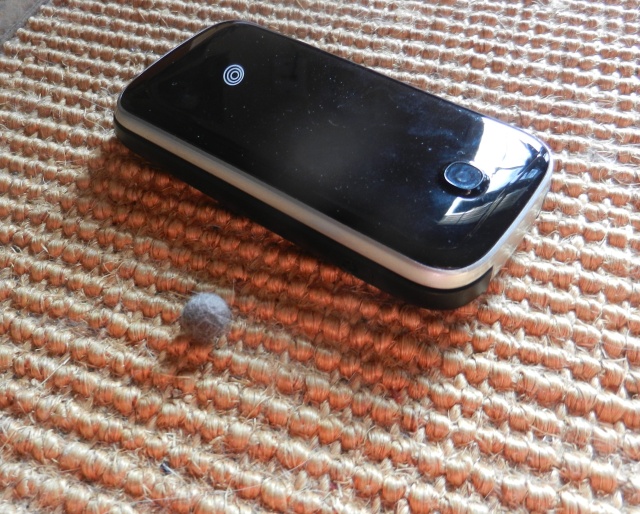 I’ve been saving up, with the Ozark Ball Museum in mind, each and every day after brushing the boys.

The Museum was founded by Kelly Mulhollan, one of the most wonderfully creative people imaginable. Kelly is a talented birder and string-player and song-writer and, together with his equally creative and brilliant wife Donna, the two perform their original brand of “new” folk music as the duo Still on the Hill.

Here they are, at home in the Ball Museum. Just look at that smile on Kelly. That’s Kelly being Kelly. He and Donna are irrepressible and irreplaceable and greatly loved in this community. Do visit their website. This picture does not do them justice.

Well, I can’t resist. Here’s a pro photo from their website. This way you get to see Donna being Donna. Do please check them out yourself. You can give a listen there and even become their patron.

Kelly and Donna used to be my neighbors, but you don’t have to be neighbors to know about the Ball Museum. It’s been written up in the papers. And now here on the blog, of course, so its fame is increasing exponentially. Thanks to that well-deserved fame, Kelly tells me, people actually call up and want to know Museum hours!

Pictures can’t really do justice to the collection, but here are a few to give you an idea. 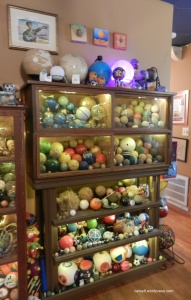 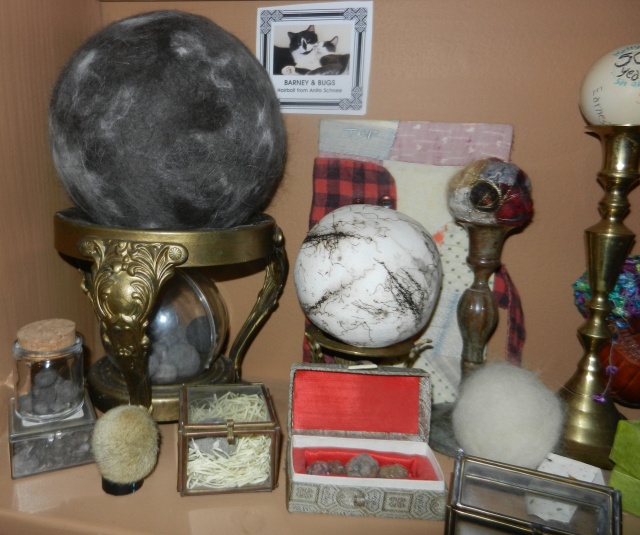 Here is Our Ball, ensconced in its new home. I’m happy to think of us in such good company. I especially like that fluffy white one on the right there. That was contributed by a mutual friend’s dog.

Here’s a ball and chain from Alcatraz, dangling along the side of display case. It’s even labelled “Alcatraz” on its side.

I like this next category. The Saturday Night Fever Corner. 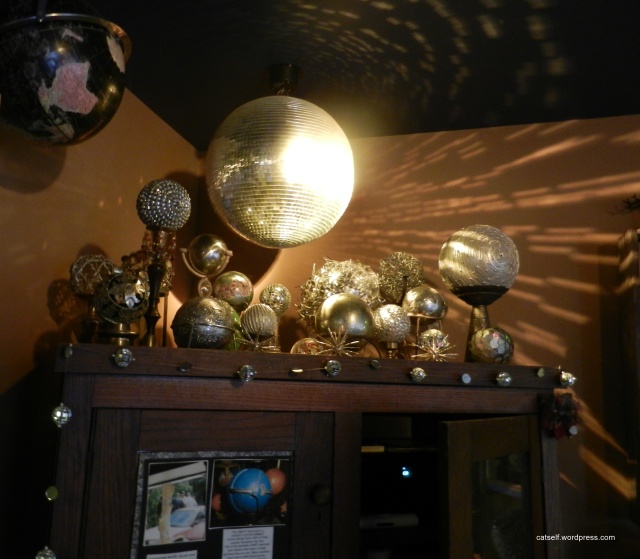 That picture of the blue one there? That was a pretty one Donna and Kelly picked up for the Museum. Until they heard a news report of how that pretty blue thing might be part of a cluster bomb that, if they dropped it, could blow them to kingdom come. The authorities had to dispose of that one.

This is an old propane tank. It still had some gas left in it when Kelly got it, together with the odorific additive ethyl mercaptan. When Kelly drained the tank, the entire neighborhood filled with that gas smell. The fire trucks screeched up in short order (authorities arriving again). The smell took weeks to dissipate and to get rid of it, Kelly had to cover the yard with another layer of dirt! Worth the trouble, I’d say.

The Ozark Ball Museum. Why we live here.

Anita loves cats. This must be because she, too, has had nine lives. She’s been dancing since she could walk, she was a commercial artist and advertising producer, she earned a third-degree black belt in Aikido, she is a drummer with the Afrique Aya Dance Company, she is an attorney, and she’s a meditator and a devoted student of Nonviolent Communication. She also spent one lifetime sidelined with a devastating back injury in 1992. Since then – FELDENKRAIS METHOD® to the rescue. The FELDENKRAIS METHOD is all about dreaming concretely – thinking intelligently and independently by way of a gracious and kind physicality. The work affords all who study it a process by which to reach, with movement, into the mind and the heart, to make nine lives into one whole being.
View all posts by nadbugs →
This entry was posted in Uncategorized and tagged Donna Mulhollan, Fayetteville AR, Kelly Mulhollan, Ozark Ball Museum, Still on the Hill. Bookmark the permalink.

9 Responses to Inducted into the Ozark Ball Museum